A new #action-adventure novel for the #mystery lover! 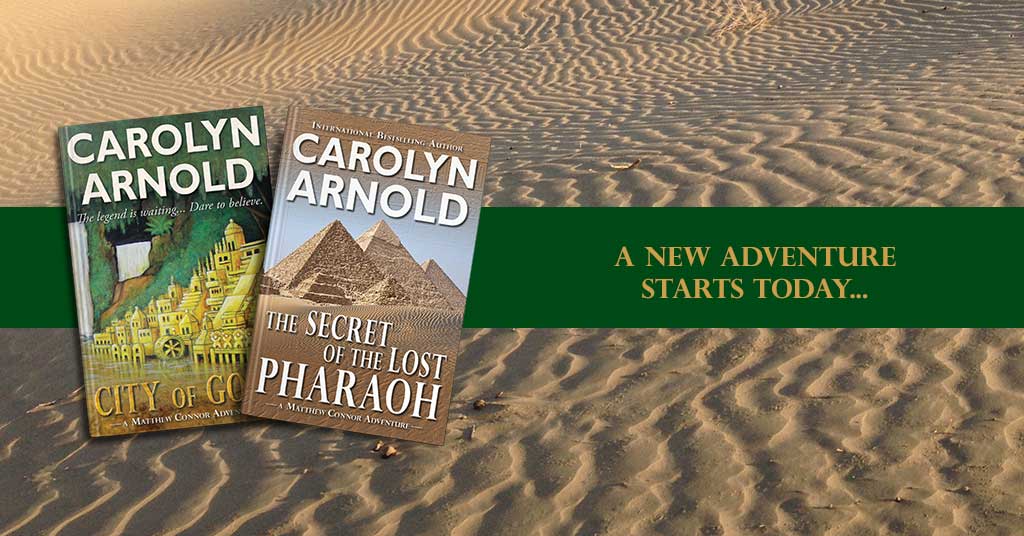 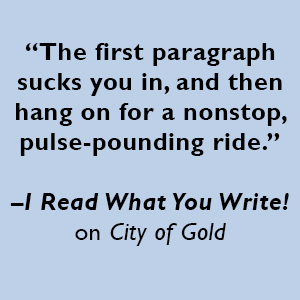 More than three years ago, I set out to write my first action-adventure novel, City of Gold. As I had been solely a mystery author at that time, it proved to be an interesting, yet rewarding, challenge. After all, whodunits are grounded in reality and governed by police procedure and science, and adventures, especially ones with historical and mythological elements, are not an everyday reality for most people. Besides, if something is legend and we don’t know anything real about it, it requires a different kind of creative process. So when it came to writing about the Incas’ lost City of Gold, I felt like in order to write about it, I had to find it and see it in person! I was ready to board a plane to South America and find the place myself!

But fueled by a compulsion and inspiration, I trudged outside my comfort zone. I wanted to give my mystery readers an action-adventure story they’d love. To achieve this, though, I had to ensure that the book started out strong, pulling the reader right into the action and jumping into the conflict, rather than taking the time to set up the historical background of the adventure itself. Instead, the story needed to be fun and fast-paced from the start, not weighed down with too much backstory or smacking of a textbook; any facts or recorded myths were to be sprinkled in as needed. Really, I wanted to create something more in the vein of a twenty-first-century Indiana Jones—and according to reviewers, I have succeeded in that. It was with these things in mind that City of Gold—and the Matthew Connor Adventure series—was born. 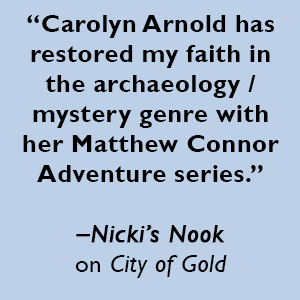 It is my pleasure to announce that there is now a second book available in the series! Archaeologist and adventurer Matthew Connor and his friends are driven by the desire to uncover legends the world has all but forgotten, and this time, they are on the hunt for the mythical Emerald Tablets to save the world in The Secret of the Lost Pharaoh. Now that right there spells adventure!

If treasure hunting or the thought of traveling the globe to explore remote regions excites you, this is the series for you. You don’t even have to deal with flight delays, packing, or obtaining a passport to share in the action. So what are you waiting for? Strap yourself in for an adventure today!

The Secret of the Lost Pharaoh is so new that I don’t even have all the retailer links yet or a page on my website, but I just had to share this news! If you are a customer of Apple, Barnes & Noble, Google Play, and Kobo, you are already in luck and you can pre-order this book today by clicking the buttons below. Amazon customers and those who prefer print will just need to wait a little while longer.

About The Secret of the Lost Pharaoh: 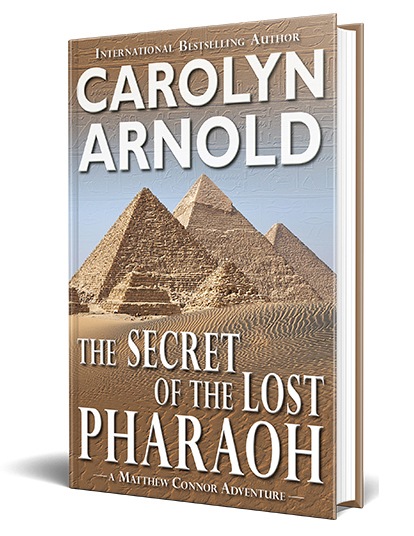 Mystery lovers should hold on to their hats for this follow-up to City of Gold, which reviewers described as “a fast-paced action adventure” that is “akin to an Indiana Jones story set in modern times.”

Archaeologist and adventurer Matthew Connor has made a career of finding legends the world has all but forgotten. Though there’s one in particular that has fascinated him for years—the Emerald Tablets. Myth says that they possess the knowledge of the universe, allowing humankind to traverse Heaven and Earth, and have the power to bestow wealth and wisdom upon whomever possesses them. But if they fall into evil hands, it could cause a global disaster.