Craving an Adventure? CITY OF GOLD Is Only #99 Cents for a Limited Time! 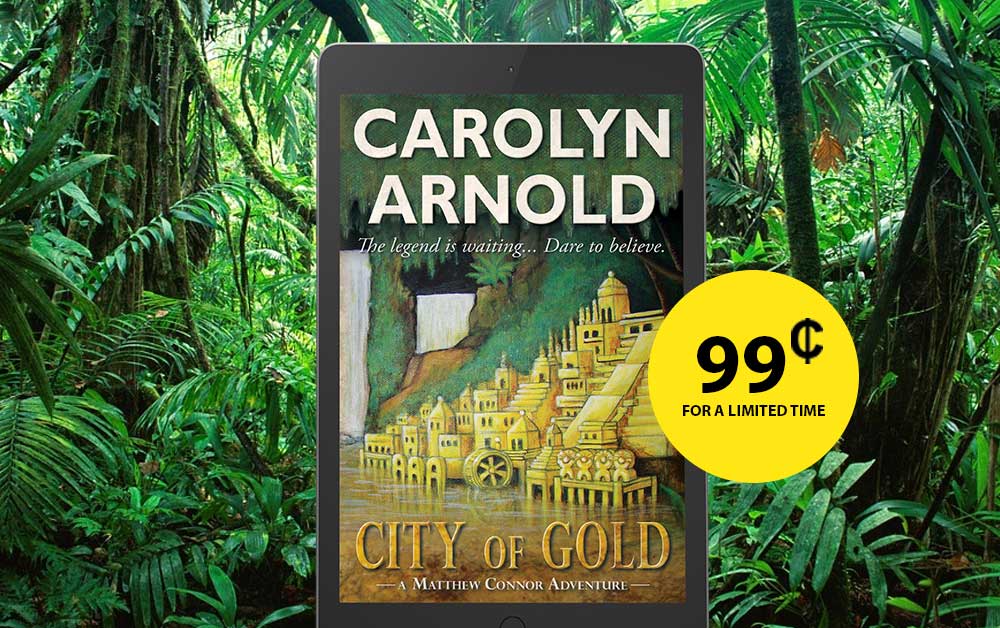 If you’re looking for an Indiana Jones type of adventure, look no further! City of Gold promises an action-packed story fueled by high stakes. Archaeologist Matthew Connor and his friends love unearthing legends that the world as all but forgotten. This time if they fail to find the Incas’ lost city of gold, one of their own just may die.

“This is definitely akin to an Indiana Jones story set in modern times. There is very fast-paced action and danger with some good investigative twists at the home front.” –Martha’s Bookshelf

“City of Gold is a fast-paced action-adventure story that feels something like Friends meets Romancing the Stone. This was a quick, entertaining read – I devoured it in one sitting!” –The Book’s the Thing

“It’s fast-paced, at times even edge of your seat and held my attention throughout.” –Tea and a Book

Also available from these popular retailers.

“This is definitely akin to an Indiana Jones story set in modern times. There is very fast-paced action and danger with some good investigative twists at the home front.”
–Martha’s Bookshelf