Cute and #Cozy for Less! Save on the First McKinley #Mysteries Box Set! #LimitedTime 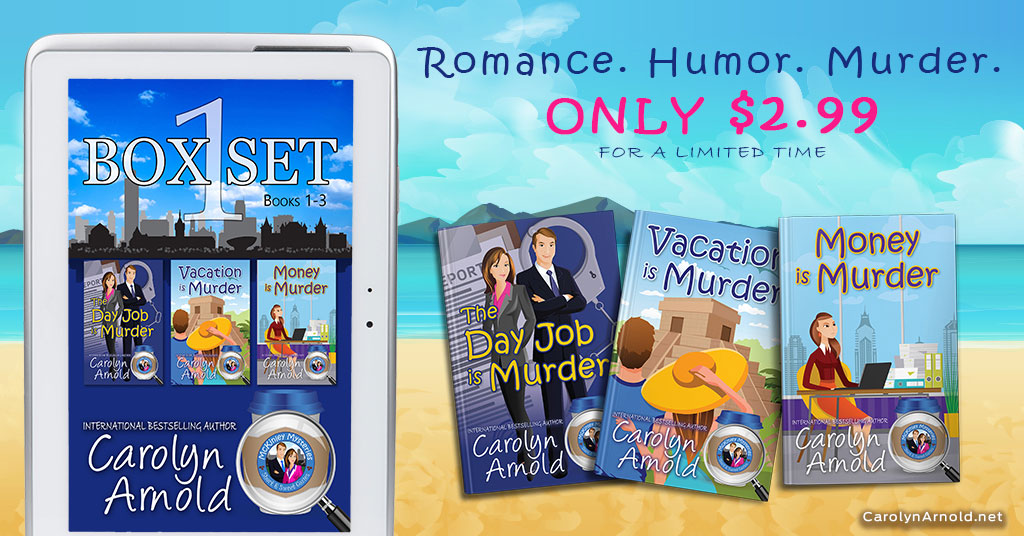 If you love murder mysteries without all the graphic violence and foul language with a dash of humor and romance, look no further. For a limited time, save about 60% on the first box set in the McKinley Mysteries: Short & Sweet Cozies series over the purchase of individual titles. The first box set is now only $2.99 compared to its regular price of $5.99. That’s $3.00 back in your pocket.

Meet former detectives and murder-solving duo Sean and Sara McKinley. Undercover, off the books, and around the world, they’ll get to the bottom of things…and romance it up along the way.

Also available from these popular retailers.

Book 1: The Day Job is Murder 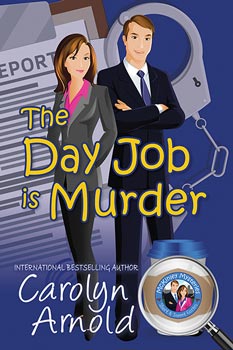 “The Day Job is Murder blends murder and romance along with a side helping of the “Golden Rule” in action, with some good consequences. It’s a sweet, uplifting story with pleasant characters and a happy ending in a bite-sized format.” –Beas Book Nook

Working for the Albany Police Department is murder—not because Sean and Sara are in Homicide but because they can’t be a couple as long as they are partners on the job. Feeling handcuffed, it seems that a romance between them is off the table, but one thing life should have taught them by now is nothing ever stays the same. Well, that and where there’s an intention, there’s a way out. But Sean and Sara never would have seen this one coming… 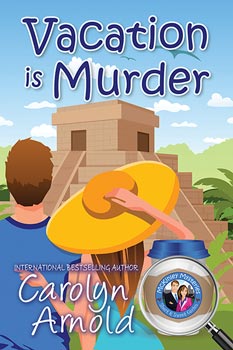 This wasn’t in the travel brochure…

“A cute cozy mystery for the summer! There’s action and romance…The storyline is quick and light—perfect for beach reading!” –Writer Blogger Mom

There’s only so much relaxation two former detectives can handle—even if they’re on their honeymoon. With their recent fall into money, Sean and Sara McKinley should be living it up, enjoying the sun and beaches of Cancun. But heading into their third week of vacation, they’ve had just about enough lying around.

When the husband of a couple they’ve befriended is kidnapped and held for ransom, it has the McKinleys putting their experience to good use. As they set out in the unfamiliar landscape of this Mexican paradise, the investigation will have them risking their lives to stop a killer. 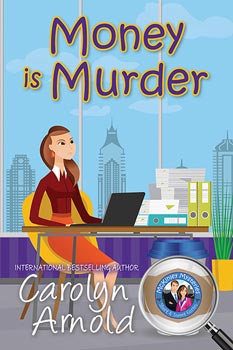 It’s in the fine print…

“This is such a great cozy series with so much going on. It’s like being on a ride right along with Sara and Sean and watching as they put the pieces together.” –Community Bookstop

Old Man Quinn left Sean more than his billions—he left him a murder to solve.

Inside the chest given to him from the executor of Quinn’s will, Sean finds a key and explicit instructions that the contents are for his eyes only. Once Sean discovers where the key fits, he finds another letter, this one stating that Quinn wants a closed case reopened. And when Sean looks into the case, he is shocked by who the victim was.

As Sean and his wife, Sara, uncover the clues, they are led from the back rooms of Quinn’s corporation to the streets of New York City, but they will stop at nothing to get to the truth.