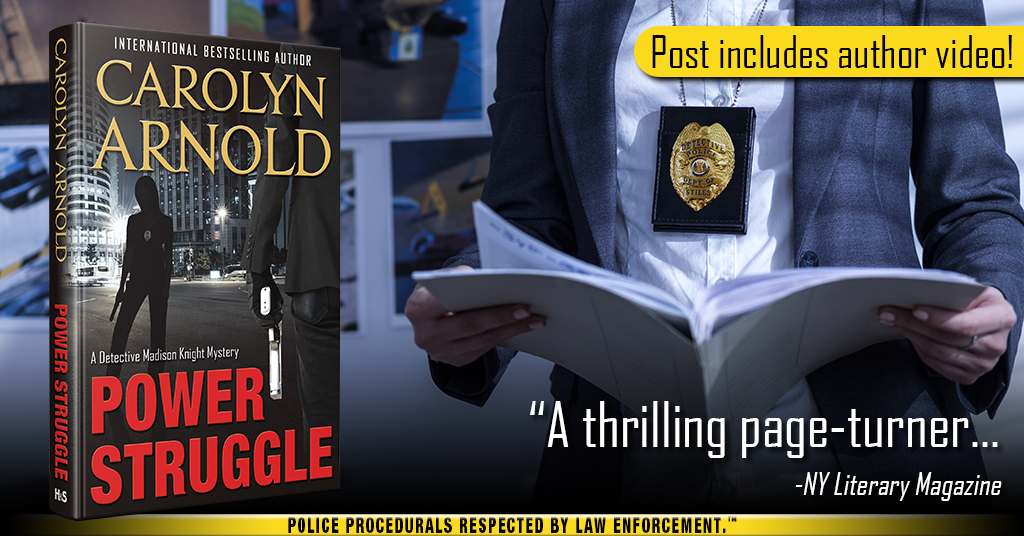 Detective Madison Knight thinks the murder in her recent investigation smacks of the Mafia hit man who almost killed her tens months ago. Still, she’s trying to keep herself strong and together. To remain objective with the case. But all hell breaks loose when she finds a letter on her windshield threatening not only her, but her family as well.

The following excerpt shows the aftermath:

As she walked to her car, the air was cold and bitter. Snow was in the forecast, and she hugged her coat to herself. Goose bumps formed on her flesh, but it wasn’t from the chill. Something was tucked under one of her wiper blades. It could just be a flyer of some kind, but her instincts were firing off warning signals in rapid succession. As she got closer, she saw it was an envelope. She plucked it off the windshield and read the outside: Detective Madison Knight.

Shivers sliced through her body, and her breathing quickened.

Did she really want to open this? What if it somehow confirmed all her paranoia as fact, that Constantine was in town and she had his attention?

Swallowing hard, she slipped a finger under the unsealed lip of the envelope, pulled out a tri-folded piece of paper, and read it:

Were you missing me? No need to any longer. I’m back, and I have my eye on you and yours.
C

She dropped the letter and braced herself against the hood of the car. Her head was spinning and her heart hammering. She felt all the blood drain from her face as dread washed over her, weighing her down to the concrete.

This couldn’t be happening. She’d become complacent, lulling herself into a false sense of security by hiding behind words and faulty logic. And for Constantine to have left this here, he would have been here in the last hour. That meant he must have been following her. And the parking lot was aboveground with automated gates… He had been brazen enough to expose himself in the light of day.

She spun around, frantically studying her surroundings, but she saw no one. Her gut knotted and breathing was becoming increasingly difficult. It was clear he had every intention of following through with his threat. She looked down at the piece of paper that lay on the ground at her feet and went to pick it up. She found herself hesitating, as if it were a serpent that would bite her hand. Any hope that Constantine was long gone disintegrated, because the truth was, Constantine was still in town and he was coming for her. And, from the sound of it, her loved ones.