Do You Love a Thrilling Adventure? 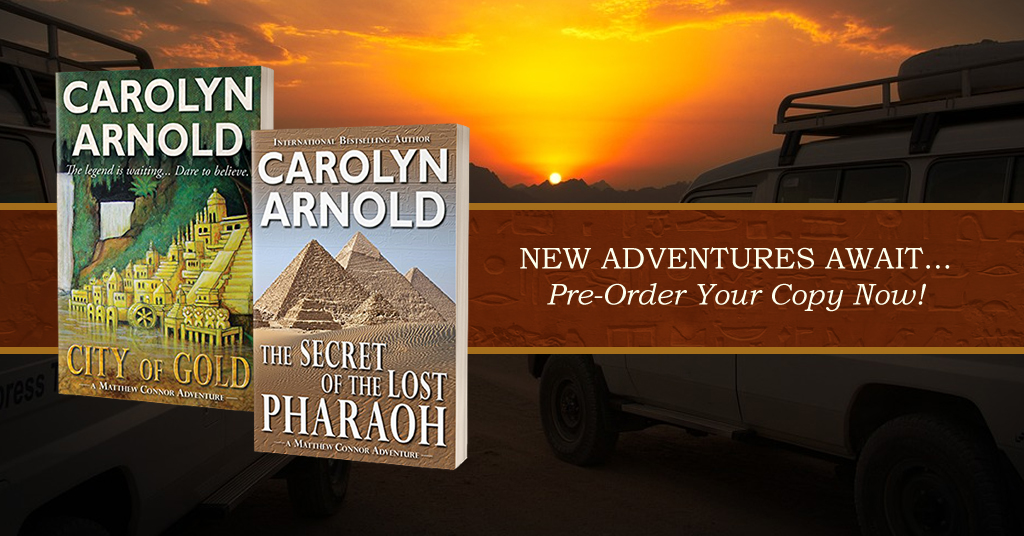 Would you enjoy rappelling down an Alaskan glacier? What about walking the wing of a vintage biplane as it soars inverted through the clouds? Maybe you’d prefer ziplining through the rainforest, ascending the summit of the world’s tallest mountains, or kayaking tumultuous whitewater rapids. 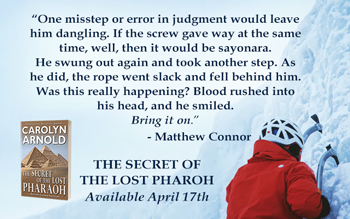 But you don’t have to be a jet-setting adrenaline junkie to enjoy the heart-pounding, palm-sweating, blood-pumping rush that accompanies an exciting adventure. More common activities like riding a roller coaster, gambling at a casino, or even engaging in a debate on social media can also trigger the secretion of both adrenaline and cortisol.

For some adventurers, the body builds up an immune system to these little rushes, causing true thrill seekers to accept larger challenges until it seems like they live life at full throttle. A good example of this type of person is archaeologist Dr. Matthew Connor, the main character in my adventure series by the same name.

Searching for the legendary City of Gold would be fraught with dangers at any time. But in my novel City of Gold, Matthew and his friends, Cal and Robyn, set out to find the centuries-old lost city with only an inkling at its location and the clock is ticking down. If they don’t find it in a week, Cal’s fiancée will be killed.

The Secret of the Lost Pharaoh opens to find Matthew risking life and limb in Alaska, where he gets a fix of adrenaline without the company of his friends. Robyn has returned to the Royal Ontario Museum, where she works as a curator. Cal and Sophie are now engaged, at the price of his putting the brakes on his daredevil activities. 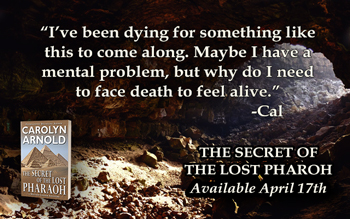 But that all changes when Alexandria Leonard, one of Matthew’s former colleagues, contacts him about something she’s uncovered on an archaeological dig in Egypt. Taking part in the expedition could mean having his name attached to the discovery of a pharaoh’s tomb and an ancient secret buried within its walls. For Cal, going on the quest would also mean facing the wrath of his fiancée.

Cal asks Matthew, “Maybe I have a mental problem, but why do I need to face death to feel alive?” Our intrepid hero has no answer but asks Cal to share it if he finds one.

It’s difficult to say why some people are more addicted to thrill seeking than others. What about you? How do you get your daily dose of excitement? Are you content with daily activities like pushing yourself a little harder at the gym? Or do you seek bigger adventures that involve traveling to far-off destinations and risking your safety for that ultimate rush? Let’s discuss it in the comments.

BUT FIRST, you can learn more about Matthew and the rest of The Secret of the Lost Pharaoh cast during the release day party on Facebook. Follow this link to RSVP for more details. https://www.facebook.com/events/565160067165064 or click on the image below.

You can also support my Thunderclap campaign to get the word out about the release of The Secret of the Lost Pharaoh on sale now.