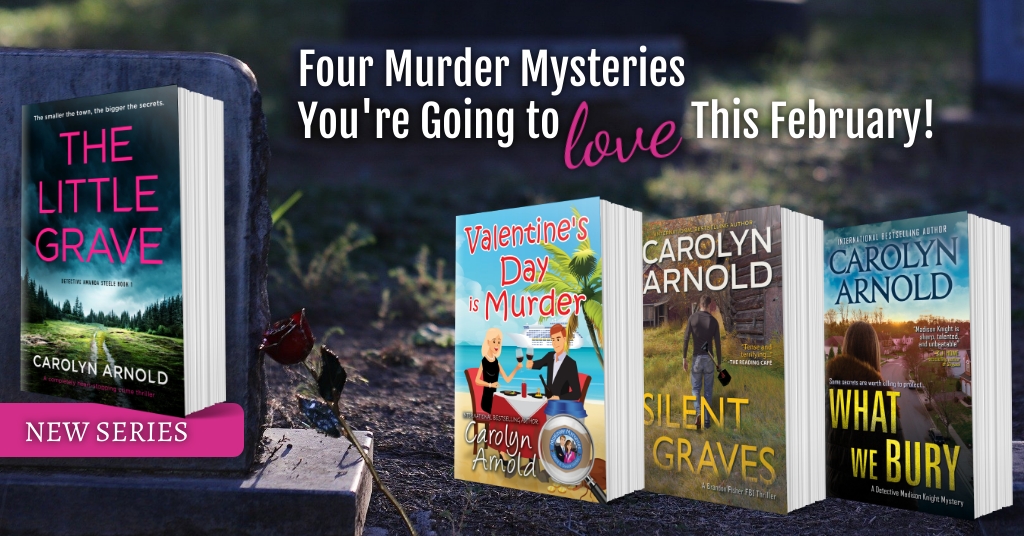 A MUST-READ THIS MONTH! 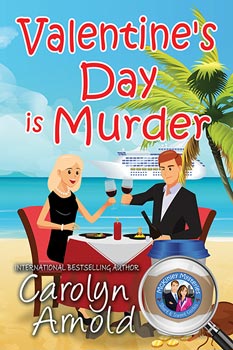 The McKinleys just may be the most adorable couple, philanthropists, and murder-solving sleuths out there!

“It was full of adventure and mystery along with some romance. It pulls you in and won’t give up until everyone is safe and sound! Definitely a great cozy series!”
–Community Bookstop

This isn’t an adventure on the high seas, but “thar be gold!”

Jimmy finally takes a Caribbean vacation and a chance on love. It could have been the perfect romantic getaway for Valentine’s Day, but he goes missing. His female companion thinks cupid’s arrow may have missed its mark, but Sean and Sara McKinley know Jimmy would never leave a lady stranded.

The McKinleys hop on their private jet to the tropical paradise of Ocho Rios, Jamaica, determined to find their friend. What they get is one gold coin near where Jimmy was last seen, and their imaginations go wild: did pirates kidnap Jimmy? But all the fanciful conjecture in the world won’t get them any closer to finding him. They need to figure out the motives for anyone who might want to hurt Jimmy—and before it’s too late.

McKinley Mysteries are short & sweet just like that coffee you crave. Savor the perfect blend of romance, humor, and murder with zero additives such as foul language, graphic violence or sex. These international bestselling cozies are bound to hit the spot and keep you coming back for more. This is an addiction you can afford to have. Get started today.

There’s no romance here, but the FBI are hunting a serial rapist and murderer in Prince William County, Virginia.

“Tense and terrifying.”
–The Reading Café

We know serial killers exist. We don’t want to believe they’re in our own backyard.

Rookie FBI Agent Brandon Fisher and his team head to nearby Prince William County, Virginia, when a woman’s recent disappearance sheds light on thirty other women who have gone missing in the area over the last six years.

Brandon is determined to find the connection—if any—between the cases and prove himself a good agent. He even has high hopes of bringing some of the women home alive, but his new boss seems to have made it his mission to antagonize him. Brandon’s not about to let his temper make him lose the career he’s worked so hard for, but will he be able to bite his tongue and get the job done? The pressure only continues to mount when some of the women turn up dead and the investigation takes one dark turn after another.

Silent Graves is a creepy serial-killer thriller that will have readers turning the pages to unravel every twist. Buy this international bestselling book today and hunt a serial killer alongside the FBI!

Join the hundreds of thousands of readers who have already taken the plunge into a series that will take you into the minds of the most heinous and disturbing serial killers the world could ever imagine. Buy this international bestselling book today and hunt a serial killer alongside the FBI!

Love is in the air for Detective Madison Knight—or is it? Will she get the marriage proposal she’s looking for while she’s busy trying to solve the mysterious murder of a Jane Doe? You’ll need to read the book to find out.

⭐⭐⭐⭐⭐ “Arnold is phenomenal at making us feel, see, and hear everything Madison is experiencing through her point of view… My emotional strings were pulled hard throughout this book and I thoroughly enjoyed the opportunity to see a deeper, softer side of Madison. I was determined to finish this book in one sitting because I had to know how the case was going to affect Madison. It’s a big shift in her life — one that could potentially make or break a person.”
~Lynchburg Mama

Click the links below
to pre-order
The Little Grave.

Detective Amanda Steele had everything—a husband she loved and a beautiful six-year-old daughter—until a drunk driver wiped them out. Now he’s turned up murdered, Amanda can’t keep away from the case.

⭐⭐⭐⭐⭐ “Great first book in a new series and I’m now looking to get my hands on the rest… ‘Cause that was intense.”

⭐⭐⭐⭐⭐ “Exciting and thrilling and kept me reading late into the night.”

⭐⭐⭐⭐⭐ “Carolyn Arnold’s newest series opens with a heart-pounding mystery… Amanda is a character that evokes sympathy and respect. I can’t wait to read what happens next for her.”

⭐⭐⭐⭐⭐“A really great mystery with an unexpected ending.”

Detective Amanda Steele stops just inside the doorway, recognizing the victim’s face instantly. He seems so vulnerable in death; soft, human, even harmless. But she can never forget the evil he has inflicted. Her heart is hammering as she remembers her precious daughter, with her red curls and infectious laugh, and how she was lowered into that little grave…

It’s been five years since Detective Amanda Steele’s life was derailed in the path of an oncoming drunk driver. The small community of Dumfries, Virginia, may have moved on from the tragic deaths of her husband and daughter, but Amanda cannot. When the driver who killed her family is found murdered in a motel room, she can’t keep away from the case.

Fighting her sergeant to be allowed to work an investigation with such a personal connection to her, Amanda is in a race to prove that she can uncover the truth. But the more she digs into the past of the man who destroyed her future, the more shocking discoveries she makes. And when Amanda finds the link between a silver bracelet in his possession and the brutal unsolved murder of a young exotic dancer, she realizes she’s caught up in something darker than she ever imagined and suspects that more girls could be in danger.

But as Amanda edges toward the truth, she gets closer to a secret as personal as it is deadly. Amanda has stumbled upon a dangerous killer, and she must face some terrible truths in order to catch this killer – and save his next victim as she couldn’t save her own daughter…

A gripping, page-turning thriller full of mystery and suspense. Perfect for fans of Rachel Caine, Lisa Regan and Robert Dugoni.