Halloween is Murder and No One’s Saying “Boo” #cozymystery #largeprintedition 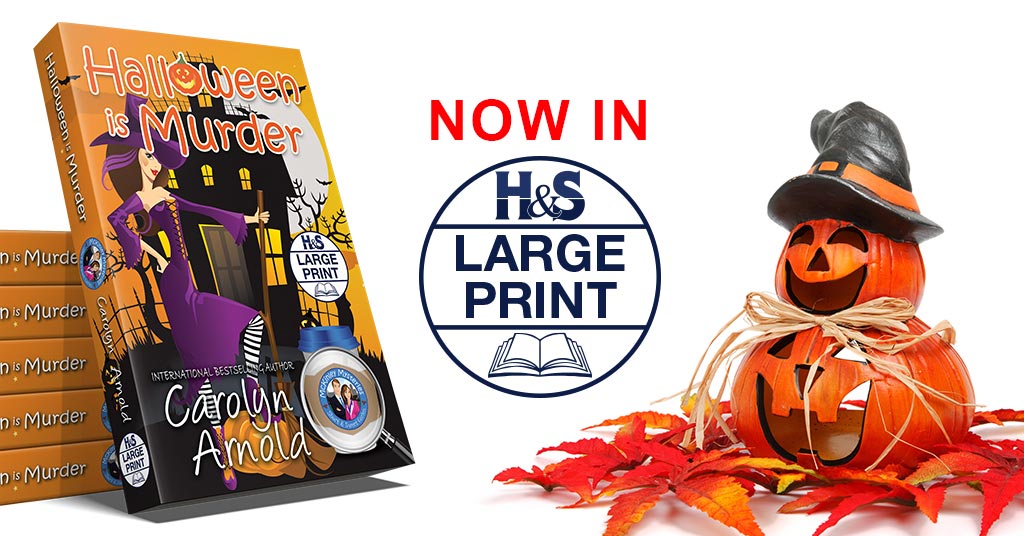 “If you are a fan of Halloween, you can put a little more sizzle in your season by adding Halloween is Murder to your reading list. It is part of a series, yes, but you can enjoy it on its own as well.” –Back Porchervations

Being kept out of the loop can drive a person crazy, and that’s just the position Sara McKinley finds herself in when the reporter who covered the McKinleys’ Halloween charity fund-raiser turns up dead. The media’s keeping quiet about what happened, including Your Source, the reporter’s own station, which only ratchets up Sara’s curiosity.

See what I mean in the following excerpt from Chapter 3, “Shadows of Night”:

Sara was calling Your Source from her home office one last time. That’s what she told herself anyhow. She’d lost count of how many times she’d called them, but she had always met with a busy signal. And there it was again…

She lowered the receiver to its cradle. One could be certain that the station had plenty of rollover lines, so it had to be other people calling in about Chloe’s death, too. Other crazy people like her wanting answers. At least, she was sure that Sean thought she was crazy, but she had a niggling sensation in her gut that they needed to look into Chloe’s death.

Maybe it was because she and Sean were surrounded by murder wherever they looked and wherever they went. Even when they were supposed to be relaxing on their honeymoon, a case had found them. And the inclination to view any death as suspicious was embedded in her psyche from years working as a homicide detective with the Albany PD. Sure, Chloe could have died from natural causes, an accident, or even suicide, but it was also just as likely that someone had caused her death intentionally. To quiet her mind, Sara had to find out which scenario applied to Chloe.

Wishing you a fright-tastic adventure with Sean and Sara and a spooktacular Halloween! 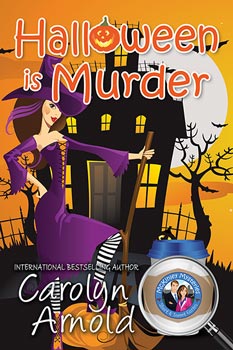 Sean and Sara McKinley are excited about the haunted house they’ve set up as a Halloween charity fund-raiser, but things take a ghoulish turn when the reporter covering their story is found dead. With the media keeping mum about how she died, Sara’s curiosity is piqued, and she convinces Sean to take on the investigation.

With the police actively investigating and with no clear indication that the woman was murdered, the McKinleys will need to take a cloak-and-dagger approach if they’re going to carve out the truth. As they troll for leads and work through the skeletons in the reporter’s closet, they unearth a few suspects. If they’re able to narrow them down fast enough, there might even be time for a little trick-or-treating.

McKinley Mysteries are short & sweet just like that coffee you crave. Savor the perfect blend of romance, humor, and murder with zero additives such as foul language, graphic violence or sex. These international bestselling cozies are bound to hit the spot and keep you coming back for more. This is an addiction you can afford to have. Get started today.

What readers have to say about Halloween is Murder:

You can buy Halloween is Murder wherever books are sold, including the following popular retailers:

To find out more about Halloween is Murder and the other installments in the McKinley Mysteries series, including box sets, visit CarolynArnold.net/Mckinley-Mysteries. 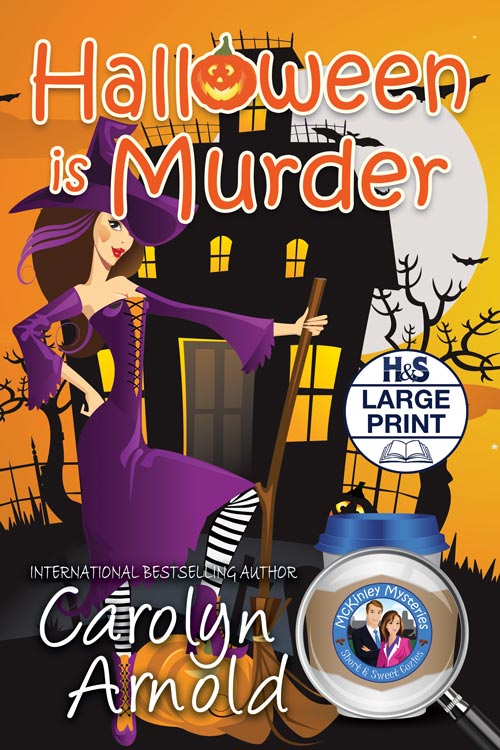 Available from these fine retailers and more: