Her family is in danger… Can Madison Knight save them? #Excerpt #Bestseller 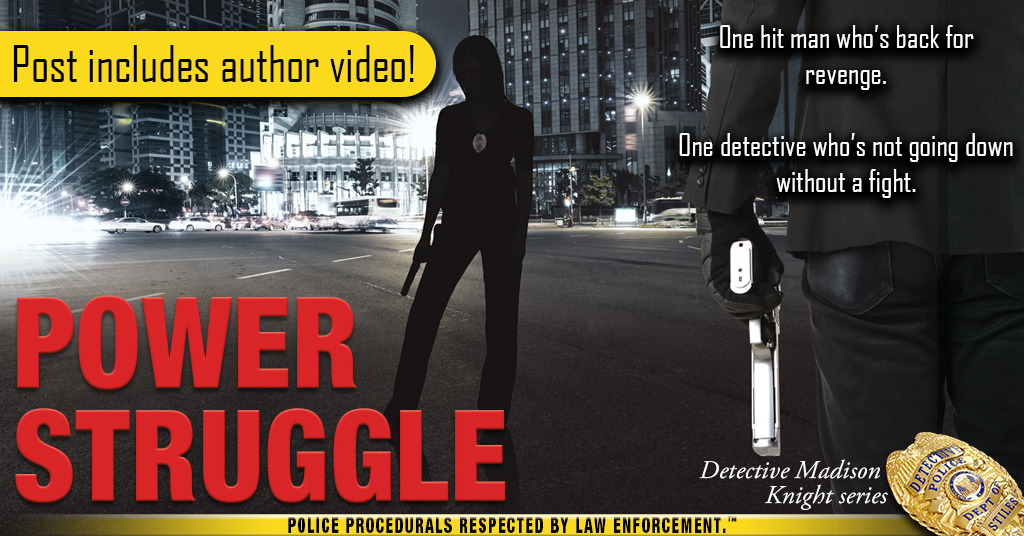 How would you handle it if a Mafia hit man was after your family?

Detective Madison Knight thought the Russian hit man who almost killed her was back. Now she knows that he is–and he’s coming after her and her family. But who should call first? Can she save them all?

Read the excerpt from Chapter 13 of Power Struggle (or listen to Carolyn read it in the video below):

This was really happening. Constantine was back for her and her family. Her first thought went to Troy but was followed quickly with images of her sister and her nieces. Her parents lived in Florida and should at least be safely out of his reach, but the rest of them? She fumbled as she tried to get her phone out of her coat pocket.

God, who should she call first? She needed to make sure everyone was safe—right now. Maybe if she called Troy and then the station, she could have officers go by her sister’s, to her nieces’ school and the youngest one’s daycare, to her brother-in-law’s office, and after that, she could make a call to the local Florida cops to check in on her parents, just in case.

She pressed the speed dial for Troy and let her gaze continue to skitter over the parking lot for any sign of Constantine. She was too exposed and vulnerable standing there, and tremors shot through her. But if he was just going to pull a trigger, why the taunting note? She had a horrible feeling a single bullet wouldn’t inflict enough torture for Constantine’s liking.

Two women were walking toward her with quizzical expressions on their faces. Madison made eye contact with one of them.

“Are you okay?” the woman asked.

Madison bit down on her bottom lip and ran a hand through her hair. She nodded. “I’ll be fine. Thanks.”

The one who’d asked how she was shrugged and bugged out her eyes at her friend as if Madison was crazy. They kept walking toward a sedan parked two down from Madison’s Mazda and got in.

“You’ve reached the voice mail of—”

Madison hung up, gripping her phone tightly. Why wasn’t he answering?

Troy had the day off. He was planning to go into the station later for her meeting with Winston and the police chief, but otherwise, he could be anywhere. If Constantine knew where to find her this morning, he’d likely tailed her from Troy’s house.

She got into her car and tugged on her seat belt.

Maybe Troy was just busy, or his phone was on mute, or…

She tried him again, and it rang to voice mail once more.

This time she left a message. “Troy, it’s me. Call me back the second you get this,” she rushed out. “Constantine’s back.”

She ended the call and thrust the key into the ignition, ready to tear out of the lot, but there was one more number she could try to reach him. It was primarily reserved for his boss in case a call came in requiring Troy’s SWAT team since he was on call 24-7, even on his days off.

She tried that number. It went to voice mail, too.

She pressed her phone to her forehead.

Madison put the car into gear, and her phone rang. She answered quickly. “Troy?”

“You got the T part right, but this is—”

“Terry, something’s happened,” she blurted out, panic shredding her insides. She pushed the button on the kiosk to lift the barricade at the parking lot’s exit.

“What is it?” Terry sounded nauseated, as if he’d already been struck with bad news. “Are you all right? Where are you?”

“I’m fine, but—” She checked her mirrors. Constantine could be watching her right now.

She pulled out onto the street. “Constantine’s back.” She swallowed the mouthful of bile that had risen in her throat. The sour taste hit her tongue, but it was nothing compared to the unsettled and knotted ball in the pit of her stomach, nor the one in her chest. What if he had… No, she couldn’t even finish the thought. She just had to get to Troy. She floored it through a yellow light. 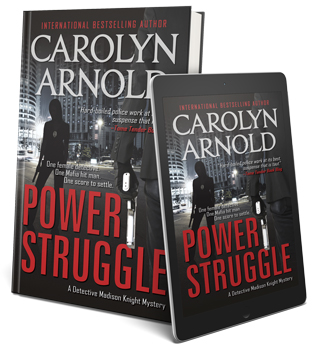