The Brandon Fisher FBI series gets a new look!

The year was 2010, and I was working on my first FBI novel. I’d just “met” Brandon Fisher and wanted to share his story. He brought with him a unique perspective on a lead character in a police procedural: he was a rookie. Typically, the protagonists in the genre are experienced and hardened. They know all the answers. They’ve seen it all, done it all. Not Brandon.

Readers get to follow alongside Brandon as he takes on his first case with the FBI’s Behavioral Analysis Unit in Eleven. They get to learn what it’s like to be an agent and watch him grow in his career as the series continues.

I remember when I first started writing the book that it was different from anything I’d written up until that point. It had a different feel to it. It was more psychological and creepy. In fact, it creeped me out—and for good reason. I won’t get into all of that, but I had intended Eleven to be a standalone book.

Fast forward eight years to the present and I’ve sent the seventh book in the series to my editor! It’s set for release in the fall!

By extension, I figured now was as good a time as any to switch up the series a bit. Don’t worry, nothing too drastic. The name of the series might change slightly. Going from the Brandon Fisher FBI series to the Brandon Fisher FBI Thriller series. Leave that one with me. But what has changed are the covers! Every one of the six published books has received a facelift. I’m excited to share them with you now: 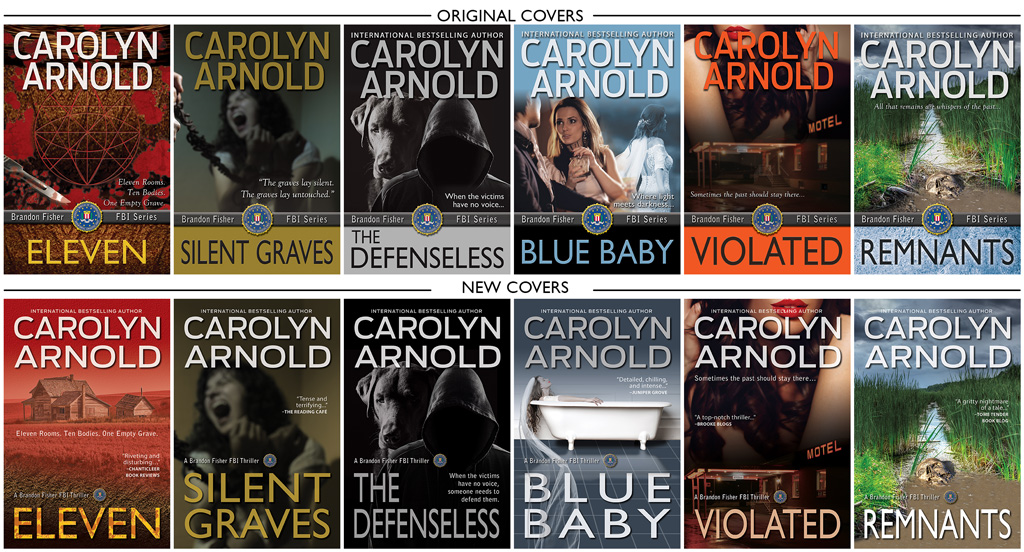