The Defenseless, an FBI Serial-Killer Read is #Free for a Limited Time! 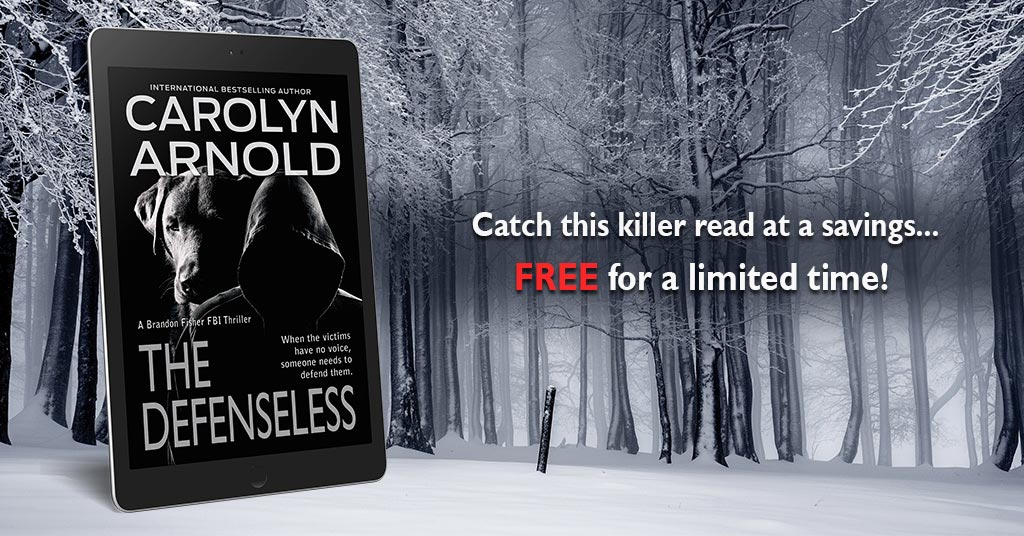 Our team with the FBI’s Behavioral Analysis Unit had been called to Colorado because some old-timer detective by the name of Mack McClellan was confident the area had a serial killer. He believed it strongly enough that we were convinced as well.

The label serial killer no longer fazed me, and it only took a few horrid cases to rub off its shock value.

Regular people, who didn’t have to hunt down murderers, lived life as if they were merely characters fabricated for entertainment purposes. The dark truth was, conservatively, there were an estimated thirty-five to fifty serial killers in the United States at any given time.
–Excerpt from Chapter 1 of The Defenseless

For a limited time readers can download The Defenseless free from popular online retailers.

How far would you go for those who can’t defend themselves?

It’s almost Christmas and with the festive season in full swing, Denver, Colorado would be an idyllic destination—if not for Detective Mack McClellan’s conviction there’s a serial killer on the loose. Brandon and his team are called in when a man’s body is found next to a dumpster and the victim shares a commonality with a few men who were reported missing. With the discovery of another body, the connection between the two dead men is confirmed and reveals the killer’s shocking motive. It’s one the FBI hasn’t seen before, and it will have Brandon and his colleagues questioning who sits on the side of justice—them or the killer they’re hunting.