The wait is over! FBI Agent Brandon Fisher is back in another FBI thriller! 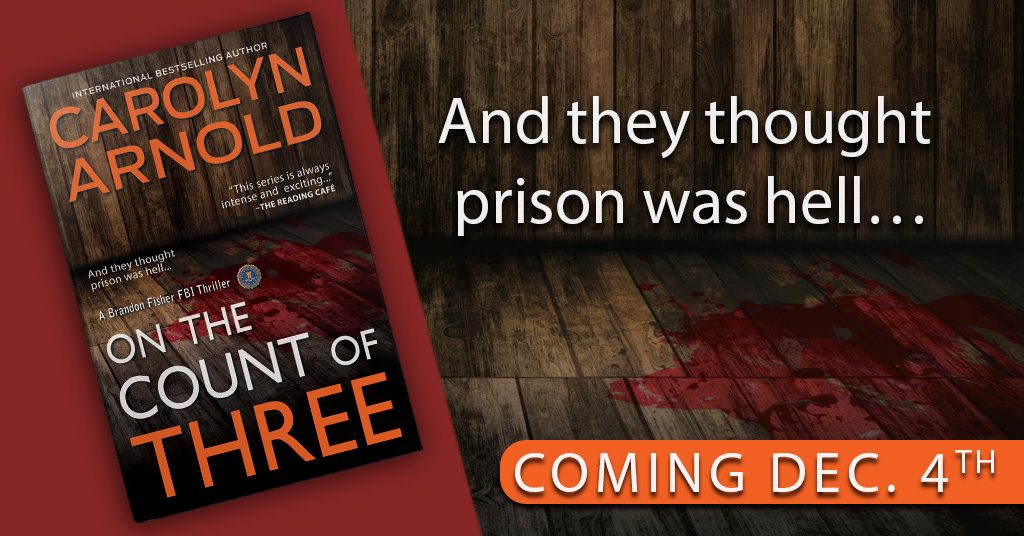 It’s been a long time coming, but the wait is almost over! The next in the Brandon Fisher FBI series has started its way through the distribution channels. The book hasn’t even hit all the retailers for pre-order yet! Its release date is December 4th, but pre-orders on all retailers should be up and active soon!

On the Count of Three is the seventh book in the series, but it can be read as a stand-alone. Dark and creepy, it takes a twisted look at the deadly repercussions of drinking and driving. What readers will quickly come to learn is these accidents don’t just affect those involved, but the reach is so much greater. In fact, there’s something about a few of these that have attracted a serial killer’s attention.

The victims got behind the wheel drunk. They took lives and they served time. But that wasn’t enough to save them…

This installment certainly isn’t for the squeamish, but that’s what readers can expect from all the books in the Brandon Fisher FBI series. Take a plunge into the dark recesses of a serial killer’s mind. Work alongside the investigative team and bring them down. If you dare.

Fan of the series? You will probably be surprised to find out that one member of the BAU team is thinking of leaving. Who is it and will they? You’ll need to read the book to find out.

Below I’ve included retailer links that I have so far, but don’t be disheartened if you don’t see your favorite just yet. Namely, Amazon. I promise it will be coming (probably next week!). Unfortunately, Amazon only allows me a three-month pre-order period at this time.

Also, just like with other books, On the Count of Three will be available in paperback and hardcover as well as e-book.

FBI agent and profiler Brandon Fisher and the team head to Miami to investigate a missing person case that seems connected to two of the most heinous murders the city has seen in nearly a decade. They come to find out, though, that this serial killer may have far more victims than they’d first thought.