This cop puts her life on the line for family… 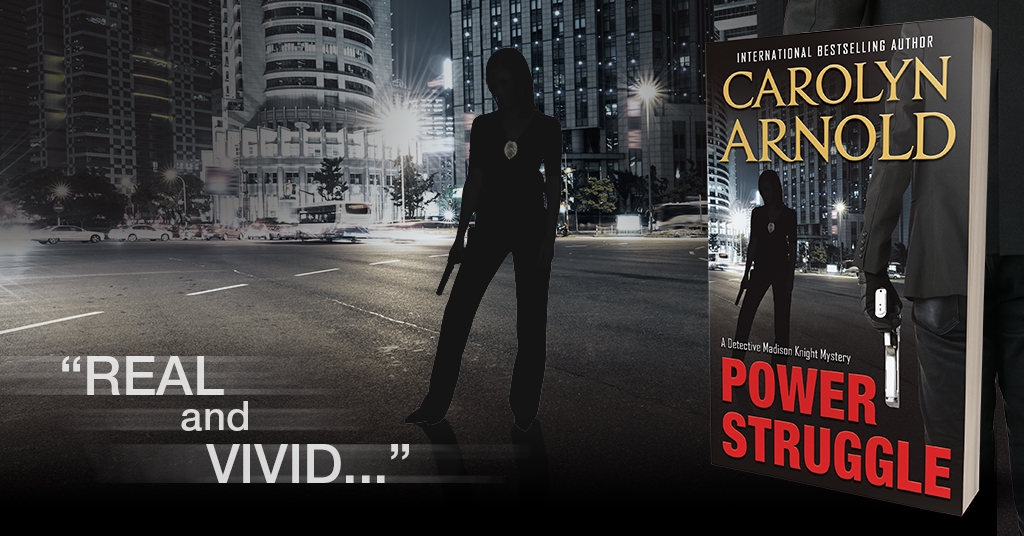 Detective Madison Knight is one tough female cop! And it’s not just my biased viewpoint. Readers have been saying this for a long time. She’s been described as “tough as nails,” “totally badass,” “a kickass detective who is fearless, strong-willed and tenacious.” “Her main focus is finding the killer, even if she has many obstacles along the way, including her own boss.” And throughout the series, she’s proven herself time and again.

She’s stood up to the brass on numerous occasions—risking her career and putting her life on the line for the sake of finding justice. So, when I set out to write Power Struggle, I asked myself how I could amp up the pressure and conflict for dear Maddy. And for her the next important thing to her job is her family and friends. She’d sacrifice herself for them without hesitation if that’s what it took. And in Power Struggle, that’s what’s being asked of her.

Constantine, the Russian hit man, who almost killed her ten months ago is back to finish what he started, but the stakes only get higher when Madison’s sister, Chelsea, goes missing. Madison knows the hit man is behind it and takes Chelsea’s disappearance for what it really means: Constantine is calling Madison out for one final showdown. And they won’t both survive…

This is one heart-pounding read you won’t want to miss.