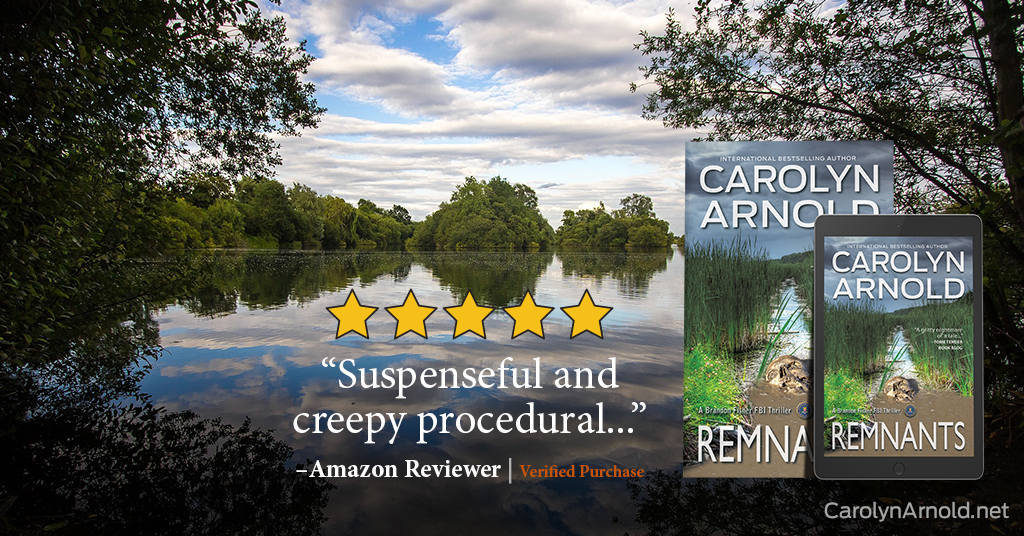 Years ago, a rumor circulated in the writing community that books about serial killers were passé. I didn’t buy it, though. Had any of these writers picked up a mystery book or watched popular shows on television? Serial killers were everywhere! And still are.

The truth is, many people have a morbid fascination with serial killers and want to know what makes them tick, to try to understand them. While people certainly have sympathy for the victims, this addiction to serial-killer fiction, if you will, is similar to that of a motorist who can’t stop looking at the car crash on the side of the road. They are drawn to watch, and let’s face it: death connects all of us. That may sound morbid, but we all face death and loss eventually.

We also know that serial killers exist in the world around us, and the threat is real. In fact, a former chief of the FBI’s Elite Serial Crime Unit noted, “A very conservative estimate is that there are between twenty-five and fifty active serial killers in the United States” at any given time. The truth is, you may even be in contact with one without knowing it. And as it is with any piece of fiction, books involving serial killers take us into the world of the what-if. But it goes further than that: it plays up our fears and triggers the primal instinct of survival.

Maybe it’s all related to the adrenaline rush we get on a roller coaster, maybe it’s not, but one thing is certain: serial-killer fiction isn’t going anywhere. This is one reason I decided to start the Brandon Fisher FBI series and why I continue to write it today. Each book in the series involves the hunt for a serial killer, and not only do I provide readers with the viewpoint of the investigators but I tap into the psyche of the killer, as well. It’s a dark place to be, but as I said, it’s a real and intriguing one.

In the latest book in the series, Remnants, FBI agent and profiler Brandon Fisher and his team are called to Savannah, Georgia, when body parts belonging to three separate victims are recovered from the Little Ogeechee River. As the case takes one creepy turn after another, Brandon finds himself embroiled in a psychological nightmare.

Even though Remnants is part of the Brandon Fisher FBI series, it stands alone, so you can pick it up without having read the previous books. But let me ask you this: will you be brave enough to join the hunt for this serial killer?

All that remains are whispers of the past…

When multiple body parts are recovered from the Little Ogeechee River in Savannah, Georgia, local law enforcement calls in FBI agent and profiler Brandon Fisher and his team to investigate. But with the remains pointing to three separate victims, this isn’t proving to be an open-and-shut case.

With no quick means of identifying the victims, building a profile of this serial killer is proving more challenging than usual. How is the killer picking these victims? Why are their limbs being severed and bodies mutilated? And what is it about them that is triggering this killer to murder?

The questions compound as the body count continues to rise, and when a torso painted blue and missing its heart is found, the case takes an even darker turn. But this is only the beginning, and these new leads draw the FBI into a creepy psychological nightmare. One thing is clear, though: the killing isn’t going to stop until they figure it all out. And they are running out of time…