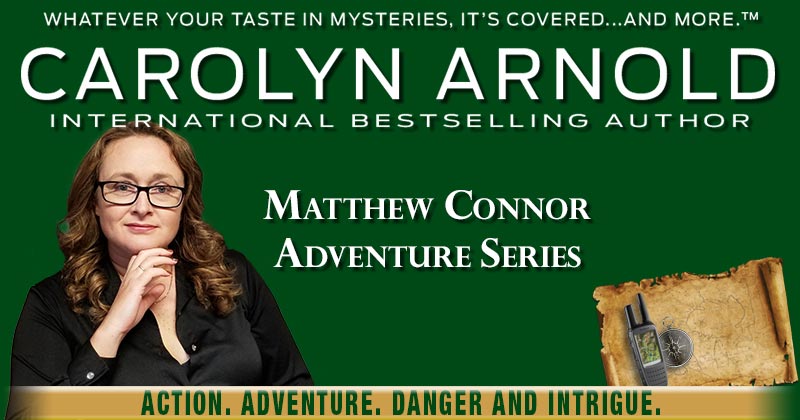 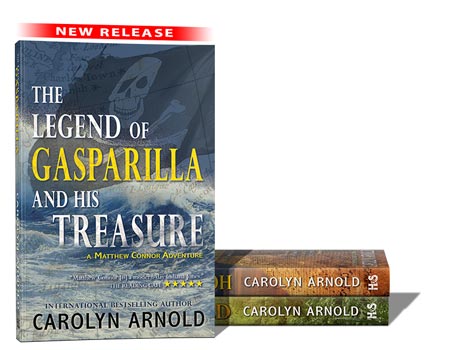 Readers will want to strap themselves in for adventure with modern-day archeologist and treasure hunter Matthew Connor and his friends. Born and raised in Toronto, Ontario, Matthew is rarely home as his quests have him trotting around the globe to uncover legends and priceless artifacts. Sometimes, he even needs to step in to save the world from certain doom. These books will be sure to please fans of the genre who love action, suspense, and intrigue, and indulge the history buff with just enough facts and myth to keep the pages turning.

It’s always recommended that you start a series from the beginning, but you could read the books on their own or out of order. Installments include: City of Gold, The Secret of the Last Pharaoh, The Legend of Gasparilla and His Treasure.

Profanity: Mild with the odd slip to moderate
Graphic Violence: Mild to moderate

Food and drink pairing: A bowl of popcorn and a cold beer!

Genre of music or songs you might find on Matthew’s playlist or that suit him: He’s not much of a music guy.

These books are perfect for fans of:

Investigate the Books
Meet the Characters

The Books in the Matthew Connor Adventure Series

Archaeologist Matthew Connor and his friends Cal and Robyn set out in search of the Incas’ lost City of Gold to save their friend’s life. Book 1 in the series.

Archaeologist and adventurer Matthew Connor and his friends set off for Egypt when a recent dig hints at the discovery of a lost pharaoh and the legendary Emerald Tablets. Book 2 in the series.

A globe-trotting adventure that has archaeologist Matthew Connor and friends risking their lives in search of a mythical pirate’s treasure. Book 3 in the series.

Be certain to catch the next book in the Matthew Connor Adventure Series!

Meet the Characters from the Mathew Connor Adventure Series

Matthew Connor, the son of the mayor of Toronto, went to school for archeology, but at twenty-nine, he isn’t using his diploma for digging up bones, but rather treasure. Not that he does it for the money or even to upset his father, who would prefer his son follow his footsteps into politics. Matthew lives for adventure, adrenaline rushes, and travel, especially to places most of us would be too afraid to go. His friends tend to look to him for direction and answers, and he’s always in the lead when they’re on an expedition.

William Connor is Matthew’s father and the mayor of Toronto. He’s worth millions, and he owns the family home—a palatial 26,000-square-foot castle in the prestigious Bridal Path community—outright. Though he has suffered three heart attacks brought on from the stress of his career, he’d still love for his son to take up politics—or at least secure a normal job. Mayor Connor loves the finer things in life, and at fifty-three, he keeps himself in top physical condition. He has not remarried since losing Matthew’s mother to cancer ten years ago and doesn’t have much interest in dating—even if he does like his housekeeper.

Robyn Garcia is a curator for the Royal Ontario Museum, but she accompanies Matthew on expeditions any chance she gets. With a deep love for culture and history, she brings an important expertise to the table when they’re hunting down ancient relics from long gone civilizations. She has a soft spot for Matthew, as he does her, but she’s determined to keep things between them platonic.

Cal Myers traded in his full-time gig as a wanderlust photographer for high-profile travel magazines and now tags along with his friend Matthew on treasure hunts. He still lives behind the camera; now he just does it from exotic places, capturing lost cities and relics. He’s not quite as brave as Matthew, but he still loves a good adventure—and the paycheck sure beats what he used to make.

Sophie Jones is Cal’s girlfriend of five years. She makes her living as a real estate agent in Toronto and doesn’t involve herself with her friends’ expeditions. She’s not even a fan of Indiana Jones movies. She’s strong-willed, independent, opinionated, and feisty—just the way Cal wants his woman to be.

Daniel Iverson works for Mayor Connor as the house manager, and for Matthew as the point man for new excursions. He’s responsible for finding new expeditions for Matthew to set out on. Of Norwegian descent, he’s got steely gray eyes and a pleasant smile.

Lauren Hale is the Connors’ housekeeper and a soft-spoken woman. She’s plain by society’s standards, but that’s only one more thing that William actually finds attractive about her. She’s a hard worker and loyal to the family.

Veronica Vincent is Matthew’s former lover—even if for a night—and current nemesis. She’s got looks and money, and knows how to use both to her advantage. Nothing is too underhanded for her, and unlike Matthew, she’s into ancient relics and lost cities entirely for the profit. She’s unscrupulous, and even though Matthew knows she’s no good for him, when he gets too close to her, she can be his kryptonite.

“Matthew is a likeable guy, loyal to his friends, and hasn’t bought into the materialism of his father. He has a good group of friends that he cares for and they care for him.”

Tea and a Book